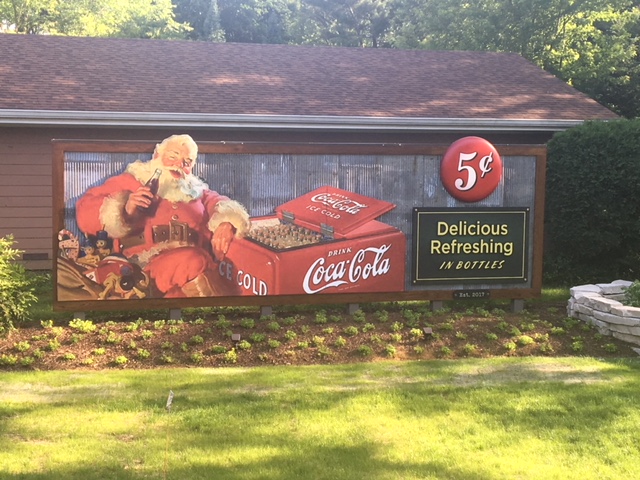 Take a drive down any major highway in America or walk through any bustling part of a town and it would be rare if one did not come across at least one visually rousing medium known as the billboard. Strategically placed within high-trafficked areas, billboards serve many purposes, namely to communicate and broadcast information, raise awareness, and/or provide a platform for visual expression. Additionally, these highly-hoisted messaging sandboxes serve to break the monotonous nature of long commutes. In the sign industry it is an extremely useful tool for all companies to use to promote themselves to a wide audience.

The origin of out-of-the-home communication can be traced back from the Egyptians to 2750 BC where the pyramids were a form of broad-scaled communication revealing its message through its sheer physical presence and the process of its construction. By 1796, the new techniques and technology of the lithographic process produced the first illustrated poster and as the creative got better, producers behind the material scouted for advantageous locations. Jump to 1889 when the world’s first 24 sheet billboard was displayed at the Paris Exposition. The main use of billboards at the time was to promote the arrival of entertainment talent whether it was circuses, traveling shoes, or movies. Businesses realized the benefits of using billboards in the outdoor space and capitalized on the opportunity to erect these messaging towers to provoke awareness of their businesses.

When placed at point-of-sale locations, billboards can assist in elevating sales and awareness of products and services that patrons can be made aware and encouraged to exchange money (or attention) for the advertised product. Much like how pyramids were erected to signify and commemorate the life of a Pharaoh, certain types of billboards signify the culture and modernity of a location. The physical space and location where billboards are erected can be interpreted as a message in itself. With the introduction and wide adoption of Ford’s Model T automobile, more people were on the road, on highways, and outside of the home. This primed the scene for businesses to leverage the isolation of man, vehicle, and road to advertise their products and services.

Ongoing innovation in the outdoor advertising industry has seen growth in the size of billboards, changes in the materials being used, as well as upgrades in technology such as improved mechanical components and digital billboards. Improvements in other industries have also played a key role in the growth and development of the outdoor advertising industry. For example, the lighting industry has come a long way since the time that the original mass-produced billboards were introduced. This has made it possible for billboards to be visible at night, and in a much more attractive and effective way. Solar powered lights and outdoor LED screens have also made it possible to light a billboard in a more economic way. At the Sign Palace, we have created and installed a solar-powered sign, to learn more check our blog about the product and the history of LED signage.

In terms of product advertising the true test of a new product is how well it holds up after being introduced to the market for the first time. Several prominent forms of advertising have come into the advertising world and created whole new marketplaces, but without rendering the traditional outdoor billboard obsolete.  It’s a true sign that traditional outdoor billboards are here to stay. Despite the rise of radio, television and internet advertising, the outdoor advertising industry remains stronger than ever. The modern-day billboard, like the outdoor advertising industry as a whole, are a testament to how simple, sturdy, and flexible marketing solutions can endure despite rapid innovation in marketing campaign strategies and emerging technologies.