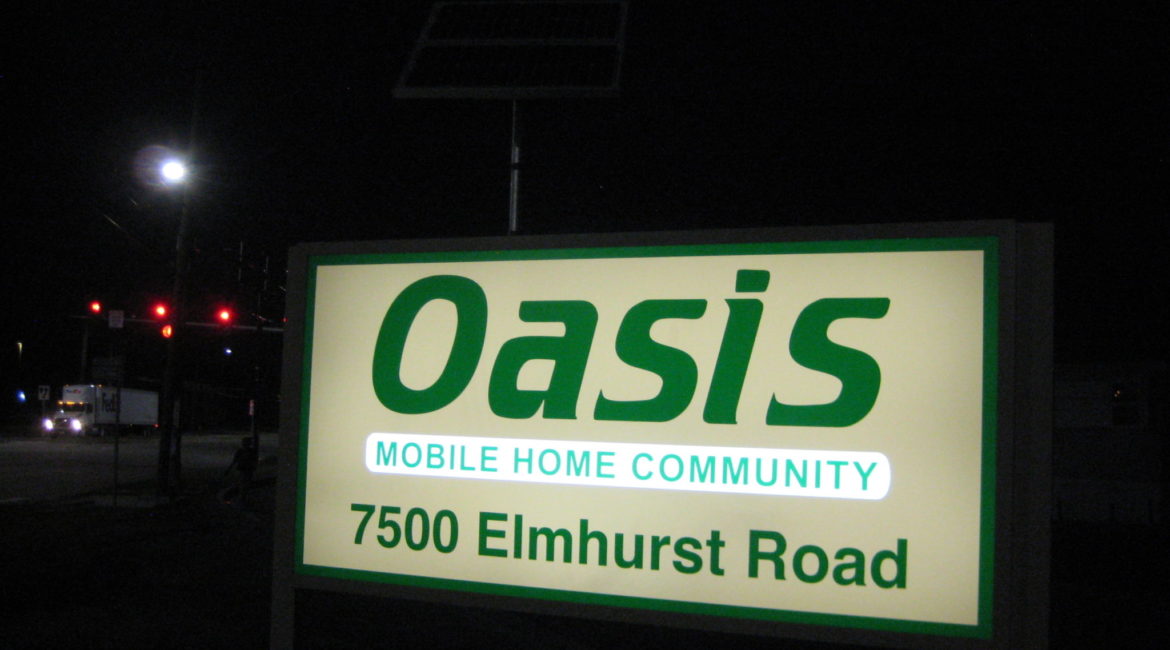 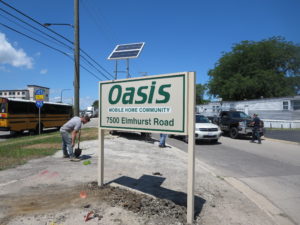 One of the most important factors in promoting your business is your signage. Light up electric & LED signs are more popular than ever. As digital signage becomes more and more prevalent, LED lit signs are starting to pop up. As the need for a power source, solar powered signs have been popping up even more. They increase your visibility and attract customers, day or night. They make your advertising messages readable in any setting and any lighting. To stand out from the crowd, light up signs are the way to go.

The invention of LEDs, also known as “light-emitting diode,” as an illumination source was discovered back in the 1960’s. While the LEDs were proven to be cost efficient over time, the cost to initially buy them was not ready for the commercial market just yet. It wasn’t until the 1990-2000’s that the cost of LED’s started to lower and get closer to the cost of existing light sources. Not only were they close in cost, but they provided huge savings in power consumption.

Power consumption is a big factor when businesses are looking for LED signs to advertise. Not only is The Sign Palace efficient in LED sign making, but recently we have also gone green. We have successfully created and installed a Solar Powered LED sign. With just an 18” x 18” solar panel we were able to power a large 3’ x 6’ backlit monument sign for approximately 6 to 8 hours at night. The set up included two 12-volt dry cell marine batteries to store the energy from the panels. It was equipped with a timer for shutting the lights on and off, turning on at 8am and turning off at 2am. This means that the sign is completely self-efficient. 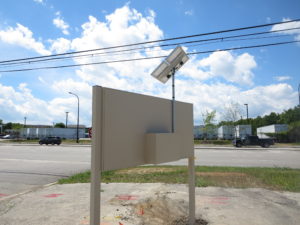 Being able to power LED signs with solar panels equates to massive savings in power consumption costs. While the cost of solar has decreased by more than 70 percent in the past decade, the cost of electricity has risen by about five percent, and that trend in rising electric cost is expected to continue. Another advantage of solar power is the fact that it benefits our environment while simultaneously making the necessary transition away from fossil fuels. As the world searches for the most cost-effective ways to reduce our carbon output in the face of global climate change, solar energy has become a trendy resource for good reason. The advantages of solar power energy are extremely beneficial in these modern day times. Give us a call to set up your next solar panel project!